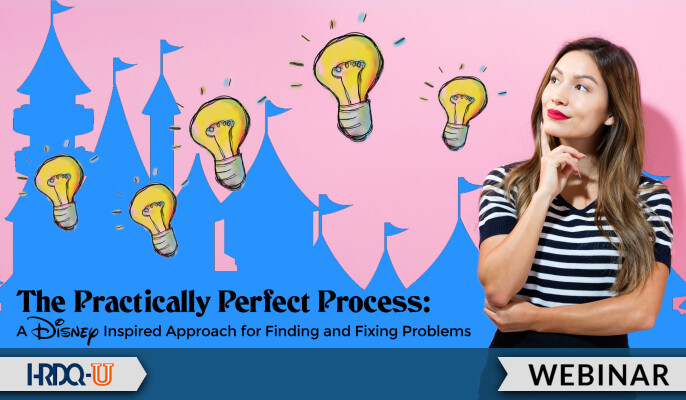 Walt Disney once said, “Whenever I go on a ride, I’m always thinking of what’s wrong with the thing and how it can be improved.”

People think of Walt Disney World as a magical place. They admire the landscaping, enjoy the attractions, and marvel at the seemingly seamless delivery of service. What they don’t notice, because it is intentionally hidden, is the finely timed and choreographed process machine that makes the experience magical.

You might think that a creative person like Walt Disney would have disdained process. The opposite was true. He was obsessed with it. Animation was expensive. Codifying the animation process helped control costs. The trick was to standardize the process without stifling creativity. It was only natural that, when it came time for Walt to translate his movie empire into a live-action theme park, those parks would be driven by process.

Prior to building Disneyland, Walt Disney spent a prodigious amount of time identifying process issues. Disneyland solved those process issues in advance. And once opened, continuous efforts were made to improve the processes behind the experience. Walt called it “plussing,” and he was always looking for ways to plus the guest experience.

Process plussing is where the real magic happens, and organizations gain their customer service edge. Bad processes can be overcome by hard-working staff, but staff who do not feel supported by the organization eventually move to the competition. Bad processes also squander money, time, and morale while pushing frustrated customers away. Effective processes save money as they generate new revenue, make more effective use of employee time, improve employee morale, and turn average customers into devoted fans. To the customer, the experience appears as if by magic. But behind the scenes, it is a meticulously planned process that makes the magic

In this insightful session, Lenn Millbower, The Mouse Man™, pulls back the curtain so you can learn how Disney approaches process improvement. Attend this session and learn how to make your own process magic.

HRDQ-U offers a curriculum of 80+ virtual seminars for training employees in soft skills. Covering topics from leadership to communication, conflict to change, communication to diversity. Enroll your learners in HRDQ-U Virtual Seminars and let them develop soft skills from their home or office.

Fail to Learn: How to Grow your Organization through Trial, Error, and Play | Recorded Webinar

New Lenses on Leadership: Discovering the Power of Leadership Metaphors for Development and Action | Recorded Webinar