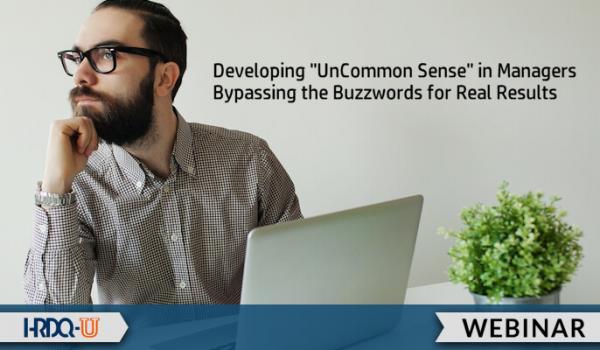 You may be a great accountant. That doesn’t mean you’ll be a great manager of accountants. And yet, that’s the system the business world was built upon. Basically, if you were good at what you did, you were promoted to something you weren’t good at doing. And we wonder why we developed so many workplace challenges?

In this light-hearted, but tool-packed webinar, we’ll look at the skills managers really need, we’ll laugh at the ways we’ve been developing managers by eliminating their common sense, and we’ll discover real-world ways to develop skills both inside and outside of a classroom environment.

Humorist, award-winning author, and business/governmental consultant Christee Gabour Atwood will draw on decades of consulting and training projects to give you samples of best practices that go beyond buzzwords and promote your managers to the level of “UnCommon Sense” — because common sense isn’t so common anymore… 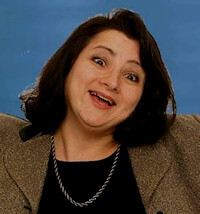 Christee Gabour Atwood’s background includes radio announcer, newspaper columnist, television anchor, stand-up comic, association executive (which is another version of a stand-up comic), and Universal Studios tour guide (which taught her to point to her left and right).

For over two decades now she has focused her efforts on creating learning opportunities — and doing so while “Linking laughter and learning.” Her rationale? We always remember a joke longer than a lecture.

She’s the best-selling author of five business and training books, which have been translated to both Japanese and Chinese, and are used in universities from the United States to Korea and Lebanon. She’s coordinated skills development systems and the sharing of knowledge within organizations ranging from governmental agencies and municipalities, corporate and retail organizations, associations, and nonprofits, to roaming bands of kazoo players. (The kazoo players were a total loss, but the other groups benefited from her guidance and UnCommon Sense suggestions.)

How to Make Better Business and Personal Decisions | Recorded Webinar

Put It In Writing | Recorded Seminar